Meeting of the Task Force on Water-Food-Energy-Ecosystem 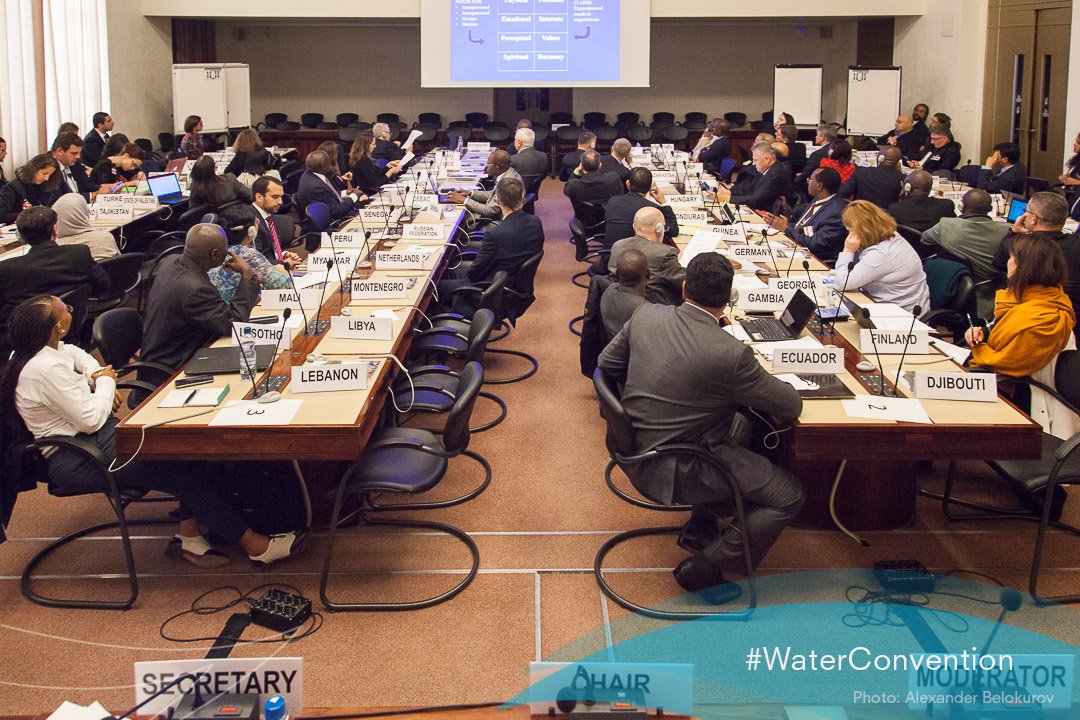 On October 18, 2017, the Meeting of the Task Force on Water-Food-Energy-Ecosystem was held at the Palais des Nations in Geneva.

The fifth meeting of the Task Force on Water and Energy was organized at the Palais des Nations, Geneva, on 18 October 2017, under the leadership of the Government of Finland with the support of the UNECE secretariat.
It was preceded by a global seminar on the allocation of water resources in transboundary basins (October 16-17, 2017).
The fifth meeting was aimed at discussing and providing recommendations on the implementation of activities on the links between water resources and energy ecosystems under the work program for 2016-2018 of the Water Convention. In particular, methodological achievements were presented in the further development and application of participatory assessment methodology, based on the principles of participation developed under the Convention. The status of the current basin assessment was also reviewed at the meeting, and recalled the findings of the global inventory workshop on the assessment of interlinkages. Based on these elements, the Task Force discussed the content and scope of the synthesis document to be prepared for the Eighth Meeting of the Parties. Possible follow-up actions were also discussed with respect to assessments already conducted.