From 4 to 5 October 2021, the tenth meeting of the European Union - Central Asia Working group on Environment and Climate Change (WGECC) was held. 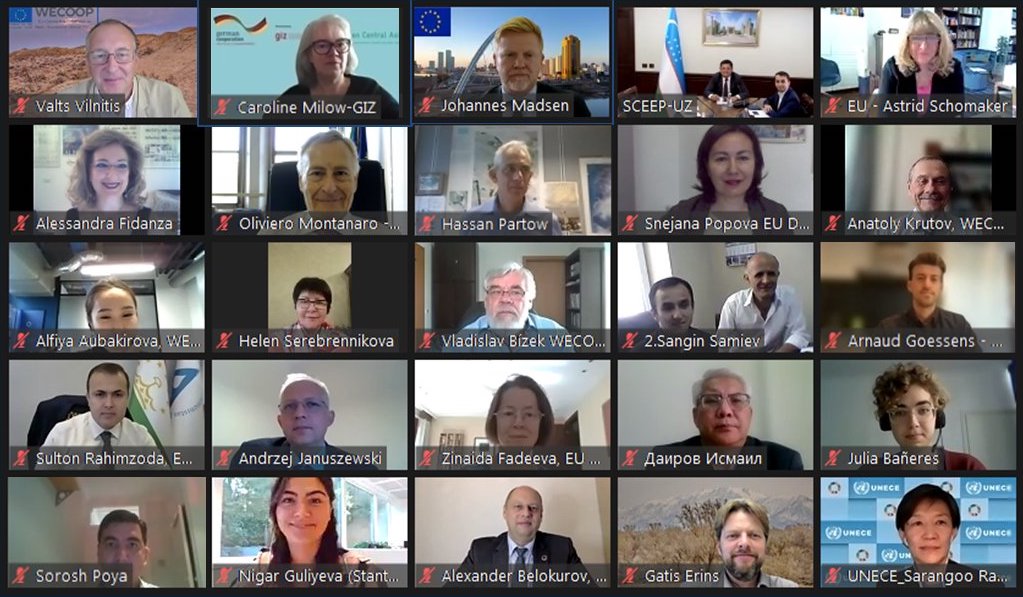 The meeting was organized with the aim of taking stock and presenting updated information on the progress of regional cooperation between the European Union (EU) and Central Asia in the field of environment and climate change. The meeting was attended by over 80 people, including representatives of government agencies responsible for environmental protection and environmental policy of Central Asian countries, national experts, representatives of EU organizations, international and regional organizations, as well as non-governmental institutions.

The participants of the meeting discussed new opportunities for cooperation to ensure green recovery, considering the current situation in the EU and Central Asia. The discussion focused on the following four points: biodiversity, climate change, de-dependency of economic growth on increased pollution, and tools for sustainable recovery.

At the opening of the meeting, welcoming speeches were made by the EU Special Representative for Central Asia, Ambassador Ms. Terhi Hakala, Vice Minister of Ecology, Geology and Natural Resources of the Republic of Kazakhstan, Mr. Akhmetzhan Primkulov, Director for Global Sustainable Development of the Directorate General for the Environment of the European Commission Ms Astrid Schomaker and Director General of the Ministry of Ecological Transition of Italy, Mr Oliviero Montanaro.

Vice Minister Akhmetzhan Primkulov noted the latest changes in the environmental and climate policy of the Republic of Kazakhstan and announced the country's aspiration to achieve carbon neutrality by 2060. In this regard, relevant instruments have been adopted, such as the new Environmental Code. At the same time, the Doctrine of achieving carbon neutrality of the Republic of Kazakhstan until 2060 is being considered at the development stage. He noted that it is necessary to pay special attention to green financing and the introduction of green technologies.

As a result of discussions at the WGECC meeting, two new topics were identified that can be included in the WECOOP work plan - water quality assessment at the regional level and environmentally friendly solutions to environmental problems.

Following the meeting, an interactive dialogue took place on decisions in the field of environmental policy and "green" recovery. Questions and comments of the participants related to water quality monitoring, strategies for transition to a "green" economy, problems of the Aral Sea, waste management and biodiversity.

In general, representatives of Central Asian countries, international and regional organizations, who took part in the meeting, highly appreciated the activities of the WGOSIC and stressed the need to continue cooperation between the EU and the countries of Central Asia, and also noted that the regional approach brings the best results.