September 29 - October 1, 2021 in Geneva, Switzerland, the Ninth Session of the Meeting of the Parties to the Convention on the Protection and Use of Transboundary Watercourses and International Lakes was held. 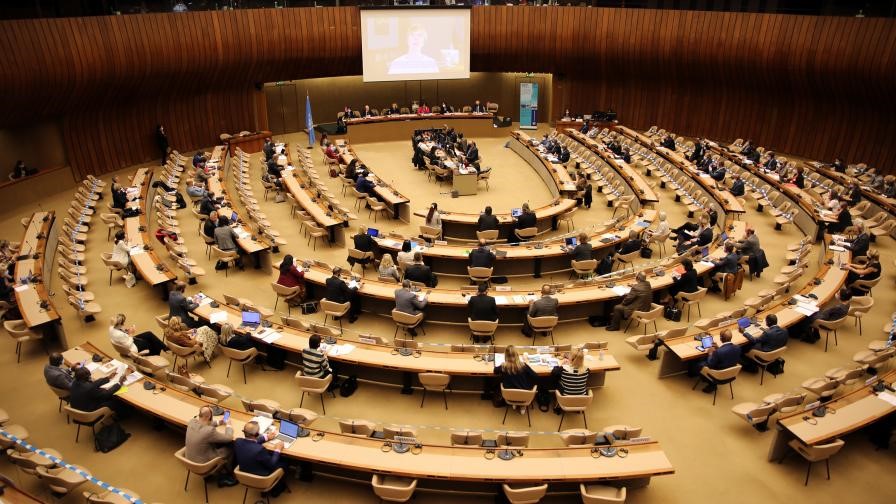 View of the room during the opening session

The session was the first major international event in the field of transboundary water cooperation organized in the context of the coronavirus crisis, with the participation of more than 500 people. It was attended by delegations from more than 90 countries, including representatives of ministries and departments responsible for water resources, the environment and transboundary water cooperation, as well as representatives of joint commissions, basin organizations, international and non-governmental organizations from different regions of the world. The meeting was organized by the United Nations Economic Commission for Europe (UNECE) in cooperation with the Government of Estonia at the UNECE headquarters in Geneva.

The session was organized in the form of a high-level segment and a general segment. The high-level segment on behalf of the chairing party of the Water Convention was opened by Ms. Zhanar Aitzhanova, Permanent Representative of the Republic of Kazakhstan to the United Nations Office in Geneva. At the opening of the meeting, welcoming speeches were made by Ms Kersti Kaljulaid - President of Estonia, Mr Antonio Guterres - UN Secretary General, Ms Olga Algayerova, UNECE Executive Secretary - UN Deputy Secretary General, Mr Tõnis Mölder - Minister of the Environment of Estonia, as well as Mr Serikkali Brekeshev - Minister of Ecology, Geology and Natural Resources of the Republic of Kazakhstan. 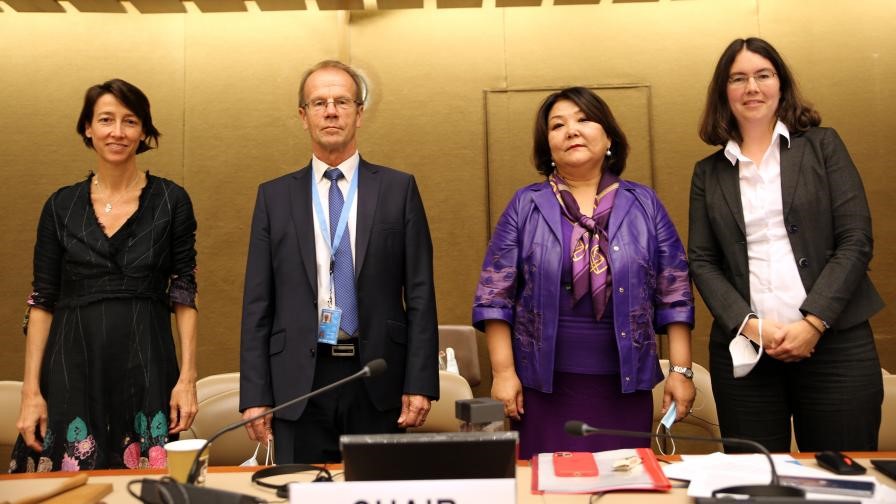 The main part of the session was the High-Level Special Session on Water and Peace, organized to discuss how the Water Convention and its implementation can help maintain peace and accelerate progress in addressing pending challenges in transboundary water cooperation. High-level representatives of countries from all regions of the world, international financial institutions and other stakeholders took part in the session with presentations. All participants in the session noted the importance of the relationship between water resources, climate change and peace, as well as the need for political will for effective transboundary cooperation.

On September 29, 2021, on the sidelines of a high-level special session, the Ministers of the Gambia, Guinea-Bissau, Mauritania and Senegal signed a declaration on cooperation in the Senegal-Mauritania Aquifer Basin (SMAB), which provides for the establishment of a mechanism for coordinated aquifer management. The document will contribute to strengthening sustainable development and maintaining peace between the populations of the four countries in West Africa. 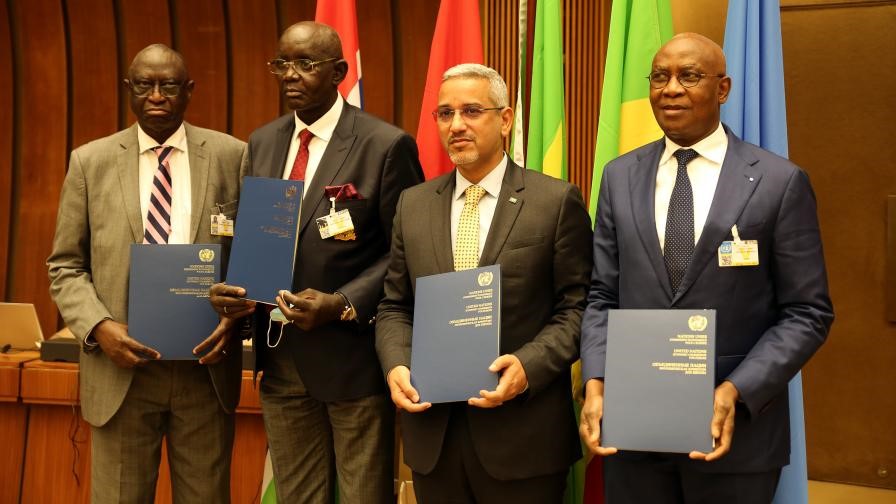 As a result of the three-day work, the Meeting of the Parties to the Convention adopted a number of decisions to further implement the Convention and promote transboundary water cooperation, as well as approved a new Programme of Work for 2022-2024 aimed at supporting countries and basins around the world in strengthening cooperation on adaptation to climate change, applying a water-food-energy-ecosystems approach, etc.

The ninth session provided an opportunity for Kazakhstan to share the country's experience of cooperation in the field of protection and use of water resources in transboundary basins and to present the results of the chairmanship of the Bureau of the Convention.

In 2018, at the Eighth Session of the Meeting of the Parties to the Convention, Kazakhstan assumed the obligations of a chair country in the Bureau, the governing body of the Convention.

Over the past three years, Kazakhstan has provided significant assistance in the implementation of the Program of Work and the Strategy for the Implementation of the Convention. In particular, Kazakhstan supported the development of the Convention Handbook on water allocation in a transboundary context. In this regard, projects on “Sustainable water allocation in a transboundary context” and “Environmental flow - the basis for the conservation of the ecological systems” were initiated and implemented with the participation of experts from Kazakhstan, Kyrgyzstan, Tajikistan, Turkmenistan, Uzbekistan, as well as Afghanistan, Iran, China, Mongolia and Russia.

As part of the implementation of these projects, the study of the existing practices in the region, in particular on water allocation and environmental flow assessment issues in transboundary basins were made, scientific and methodological approaches in these areas, thematic examples of cooperation between countries in the field of protection and use of water, and proposals for the Water allocation Handbook were developed, reflecting the vision of Eurasian countries on these issues.

During the implementation of the projects, support was provided for one of three meetings on the preparation of the draft Handbook, planned in three regions of the world - Europe, Asia and Latin America with the participation of specialists and experts from water management, environmental and foreign policy departments of the countries.

The main results of the work on these projects have already become part of the Handbook, which will help riparian states to develop joint mechanisms for a fair, equitable and sustainable distribution of water resources in transboundary watercourses. 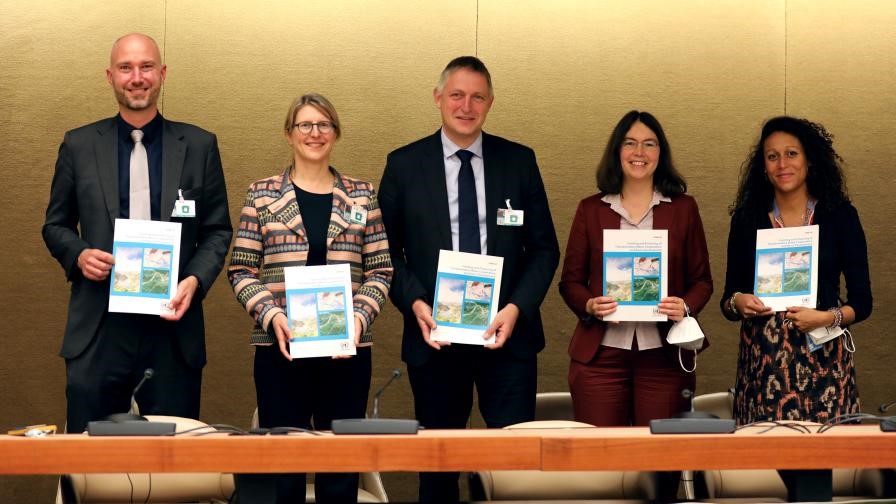 With the support of Kazakhstan, a number of regional events were also held for the countries of Central Asia on such issues as the safe management of hydraulic structures, the joint use of water and energy resources, etc.

As part of the chairmanship of the Bureau, Kazakhstan contributed to the globalization of the Convention, by appealing to countries of the world to join it. During this period, Ghana and Guinea-Bissau have acceded to the Convention, and a number of countries have started the accession procedure.

In general, during the chairmanship, Kazakhstan has become a center of transboundary water cooperation not only for the countries of Central Asia, but also for Russia, China, Iran, Afghanistan and Mongolia. Specialists from Kazakhstan and other countries from the field of water management, the environment and other areas got the opportunity to participate in the implementation of international projects and improve their professional level.

The results achieved under the chairmanship are planned to be strengthened during the period of further participation of Kazakhstan in the Bureau of the Convention. At the Ninth Session, the representative of Estonia was elected as the Chair of the Bureau of the Convention, and the representative of Kazakhstan was elected as the Deputy Chair of the Bureau. 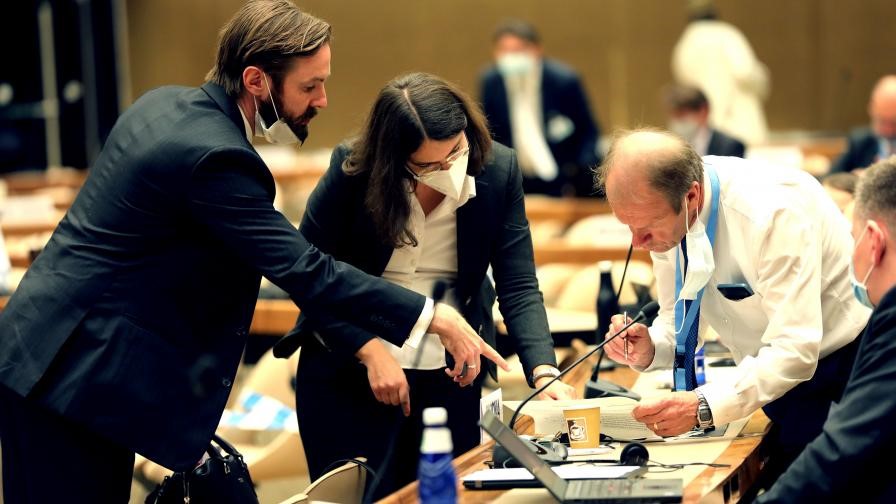 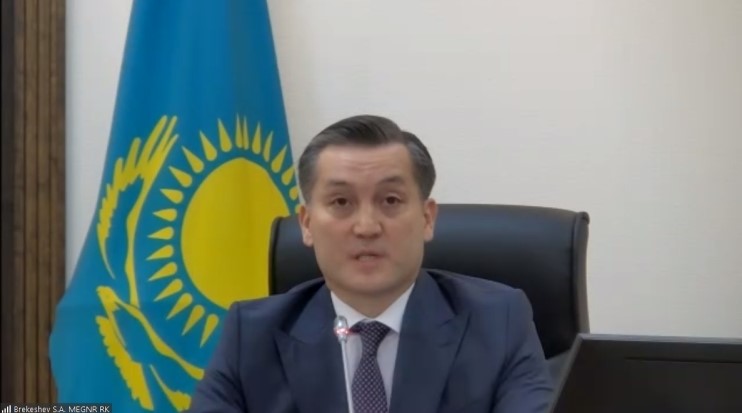 Serikkali Brekeshev, Minister of Ecology, Geology and Natural Resources of the Republic of Kazakhstan 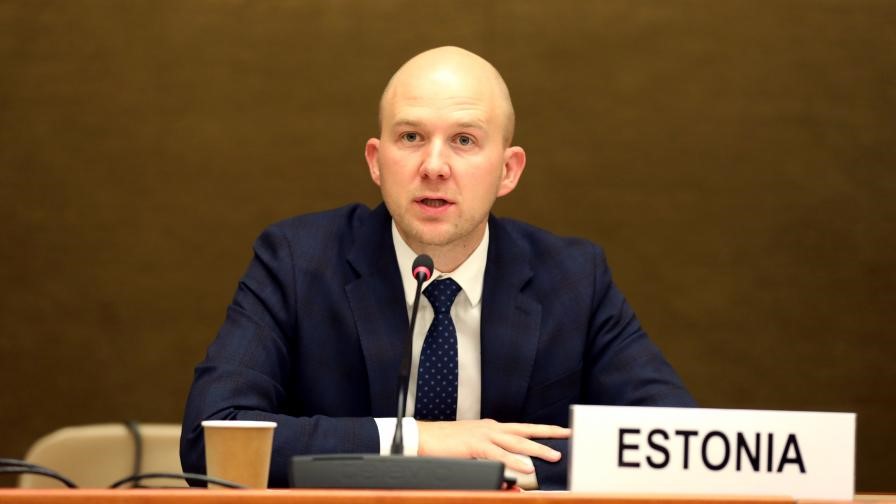 Delegates conferring during a break 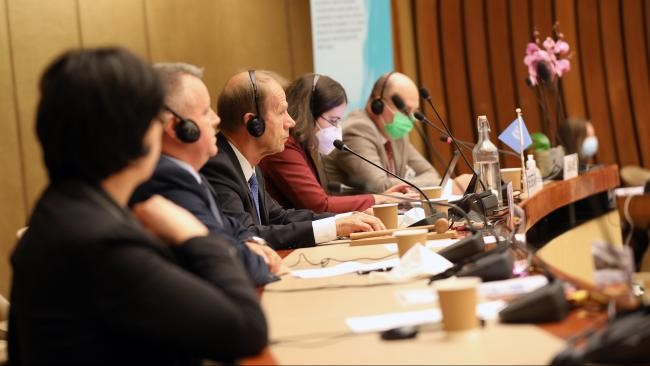 View of the dais during plenary 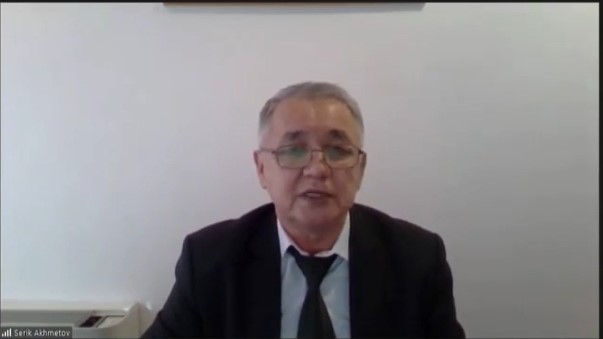 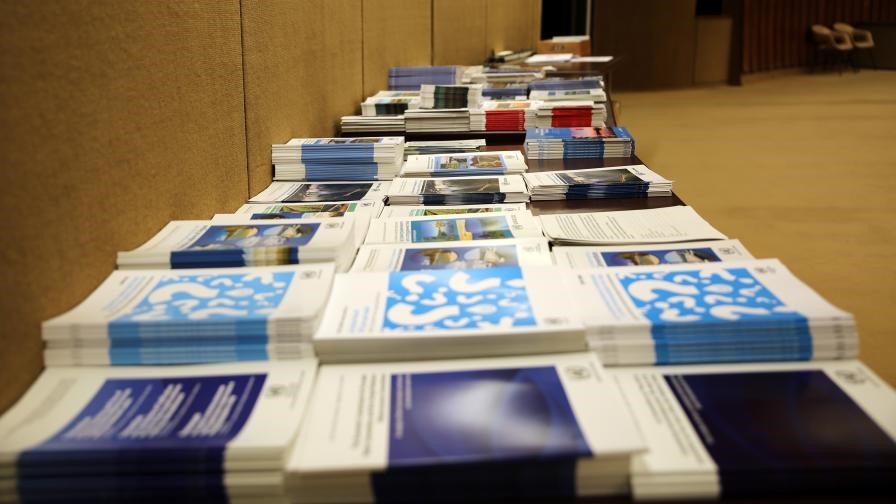 Photo of Handbooks and new publications 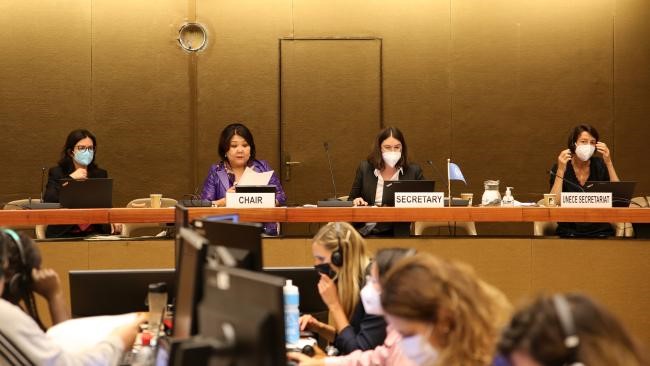 View of the dais during the closing session