Information on the meeting of IWAC Director Serik Akhmetov with Counsellor of the Embassy of the Kyrgyz Republic to the Republic of Kazakhstan Mr. Ruslan Matkerimov 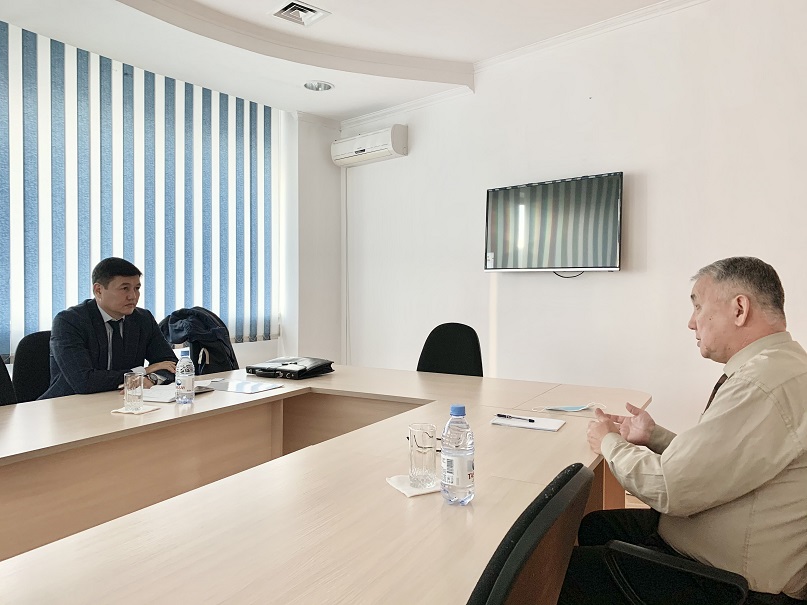 On 6 November 2020 International water assessment center (IWAC) director Serik Akhmetov welcomed Mr. Ruslan Matkerimov, Counsellor of the Embassy of the Kyrgyz Republic to the Republic of Kazakhstan, to discuss the past, present and future cooperation on transboundary water resources between Kyrgyzstan and Kazakhstan.

Mr. Matkerimov emphasized the relevance of the following agreements:

Mr. Akhmetov, in turn, noted that effective implementation of the above-mentioned agreements requires the use of international legal instruments, in particular the Convention on the protection and use of transboundary watercourses and international lakes, of which IWAC is a subsidiary body.

In turn, the Councellor touched upon the issue of cooperation between the Central Asian countries on the use of water and energy resources. This issue is included in the program of cooperation between Kazakhstan and Kyrgyzstan for 2020-2030 and is relevant in the policy of Kyrgyzstan. He also noted that Kyrgyzstan fully supports the return to the issue of creating a water and energy consortium.

In General, both sides also agreed on the need to adapt existing bilateral agreements on the transboundary use of water resources to modern realities. It was proposed to direct the efforts of IWAC to develop the concept of a water and energy consortium and conduct informal consultations between experts from Kazakhstan and Kyrgyzstan on this issue.

At the end of the meeting, both sides agreed to explore and consider opportunities of further cooperation between Kyrgyzstan and IWAC and agreed that a smart approach on transboundary water usage will not only greatly contribute to the economic development of the countries of Central Asia, but also enhance the international image of the whole region.